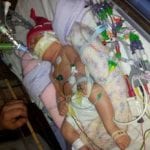 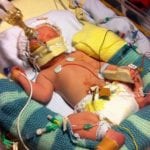 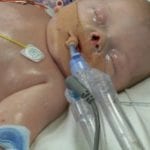 Up until our 20 week scan we thought we had a healthy baby growing inside. When we went in they struggled to scan our little boys heart and asked if we had heard of CDH we both had no idea. Our son also had a cleft lip and pallet which was picked up then also. Following this we were transferred to another hospital for further scans and MRI to confirm what was going on inside our baby. The MRI results came back that our son had RCDH with liver and bowel in his chest. We were both devastated by this diagnosis but knew that we wanted to give our little boy a chance to fight it. We continued with our pregnancy and bonded with our little boy. We were excited to meet him but terrified of what would happen when he came into the world. They decided to induce me at 37weeks. They started my induction at 37+3 and our little boy was born at 37+4 in a very fast labour only 46minutes. Oliver was rushed to NICU. My husband and I were finally allowed to go and see him 3 hours later. Seeing his tiny little body hooked up to so many machines was devastating. We were both terrified to touch him and just sat there in a state of shock not knowing what it meant when the machines started going off. We went to try and get some rest and got woken up around an hour later. They told us that Oliver wasn’t responding to anything they were doing and to get our loved one to come to the hospital. They then allowed me to hold my little boy and we just sat showing him how much me loved him. Oliver’s stats started to drop he was trying to tell us it was time to go. They unhooked him from the machines and just kept his pain medication going so he felt no pain. I wrapped him in a blanket and cuddled him close to my chest as he peacefully went to sleep. Oliver was with us for only 16 hours and he fought so hard but his little body was just too poorly and couldn’t cope anymore. He will always be my beautiful angel x 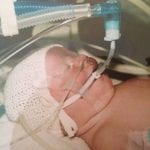 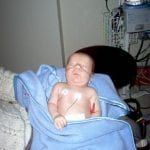 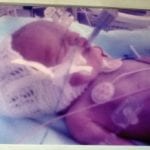 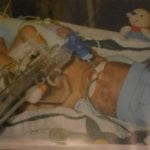 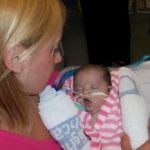 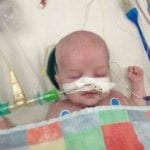 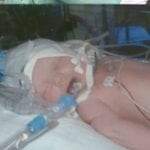 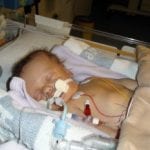 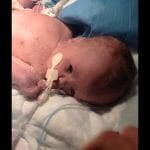