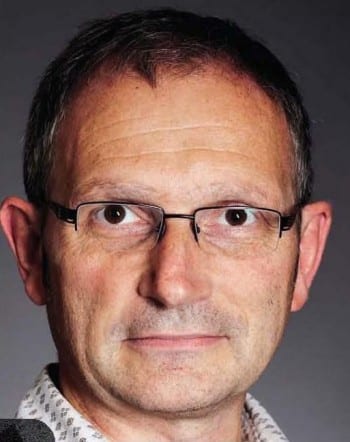 Jan Deprest is a Professor of Obstetrics and Gynaecology at the University Hospitals Leuven, in Belgium. He trained in fetal medicine in Leuven, Leiden (Holland) and London (U.K.). He established the Eurofoetus consortium, which is dedicated to the development of instruments and techniques for minimally invasive fetal and placental surgery. That group earlier demonstrated that laser surgery in identical twins with “twin-to-twin transfusion syndrome” yields the best outcome. The Leuven Fetal Medicine Team dedicated part of their research to the study of antenatal treatment of congenital diaphragmatic hernia, eventually developing a percutaneous method for fetoscopic placement of a balloon into the fetal trachea (“FETO”). A European task force with the University of Barcelona (Hospital Clinic) and London (King’s College Hospital) was set up and by 2009 that consortium could report on over 200 such procedures. Also clinical studies were performed to define the survival chances of fetuses with isolated CDH using prenatal imaging methods such as ultrasound and MRI. FETO proved to be safe to the mother and fetus, and the initial data suggest it may improve survival and morbidity. In order to test the hypothesis that FETO is unequivocally leading to improved survival rates and/or may lessen morbidity in survivors, they have set up the TOTAL (Tracheal Occlusion To Accelerate Lung growth)-trial. Prof Deprest is currently the academic chair of his Department and active in the wider field of fetal lung development. He has published over 230 scientific papers.